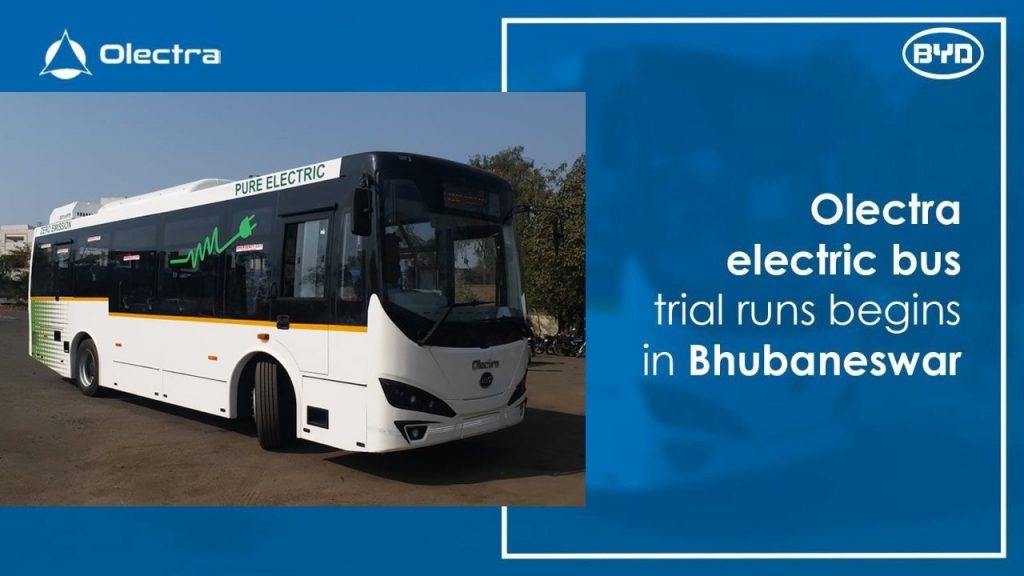 The first electric bus test was carried out by Capital Region Urban Transport (CRUT) in the city on Saturday.
The demo run was carried out as a part of CRUT’s plan to introduce 50 electric busses into its existing fleer of MO Bus to reduce the carbon footprint and encourage clean mobility in the public transport system.
Officials of CRUT, who had invited tenders in this regard last month, said that the first day of the e-bus trial was carried out on the Master Canteen-Khurda route of Olectra- BYD.
The firm will conduct a demo of its busses for the next 10 days, after which other bidders will be asked to conduct a phased trial run of their e-buses on city routes.
After completion of the technical assessment, the bid will be opened. The winner of the bid will be the provider of the electric buses.
It will take at least six months to complete the process, they added. In order to facilitate the trail running of these busses, the Central Electricity Supply Utility (CESU) has facilitated a temporary charging station near Janta Maidan.
This year, the Center has approved 50 electric busses for the city under the second phase of the Faster Adoption and Manufacturing of Electric Vehicles Scheme.
CRUT official said that using these zero-carbon e-buses will promote green transport in the city.
In addition, e-buses will not cause any noise pollution. Busses will have air conditioning vents, USB charging points adjacent to each seat and three security cameras.
The CRUT has identified 38.7 km of priority transit corridors in the capital that will require 148 electric busses to move around 1.92 Lakh passengers a day in the near future.